Founded in 1902 by Harry Webber, Silk Merchant of the City of London.

Harry established premises in Milk Street, Cheapside, London and was later joined by his sons William (Bill) and Harry (Laurie) in 1920 and later third son John.

In the early days, the company traded in haberdashery and in particular represented Rowland Sandwith Ltd of Bracknell (Hancocks Marking Media) and Brunt Finny & Co Silk Spinners of Leek. At that time, the clothing trade centred in the City and the West End. H Webber & Sons supplied this industry with tailors chalk and silk threads.

World War II and the blitz saw the company bombed out twice in one week and eventually taking temporary premises at 44 St Pauls Church Yard, where they remained until 1969. On top of being blitzed, the men of fighting age were enlisted for the duration. The supply of goods and products were scarce, but still the company pulled though, thanks to the efforts of the wives Mary Abigail Webber, widow of Harry, Vera Webber, daughter of Harry and Vera Josephine Webber, wife of Laurie who kept the company going.

Terry Webber, son of Laurie, joined his uncles in 1957. The original range of products had not changed much but technology and globalisation widened the scope of trade and the company expanded into new markets. Riding the tide of change, H Webber & Sons began importing shears from Brazil, hand tools and needles from C.S. Osborne and Co. of New Jersey and staples and staple guns from Rapid in Sweden.

The company relocated to Surrey and was an early pioneer in website trading and has also diversified into
trading gifts under the name Mystery Mountain. Serena Webber, daughter of Terry, joined in 2008, making her the fourth generation of Webbers. Father and daughter continue to develop the business alongside Serena’s husband Robert Billinghurst and the rest of the team. 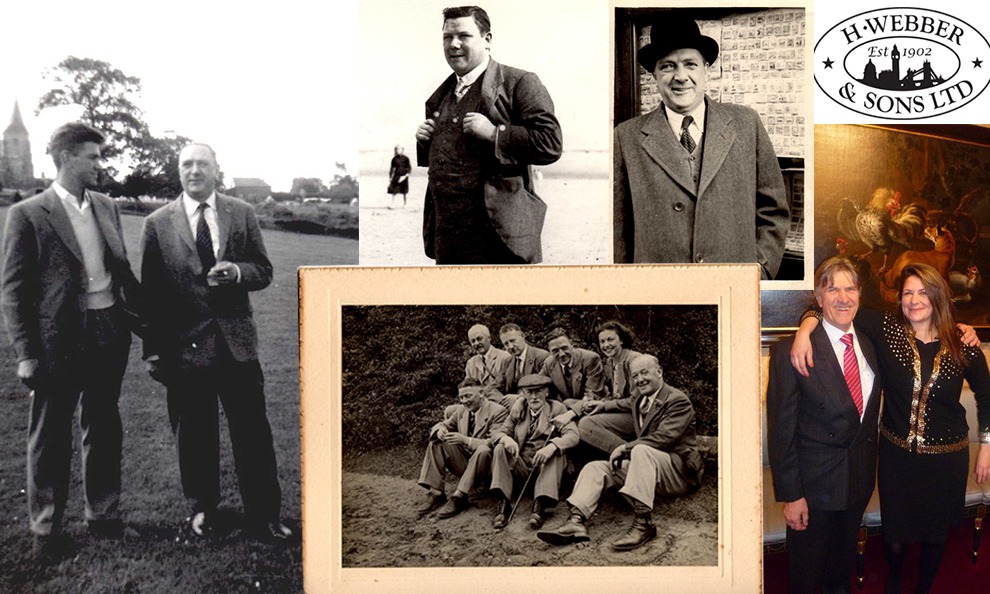